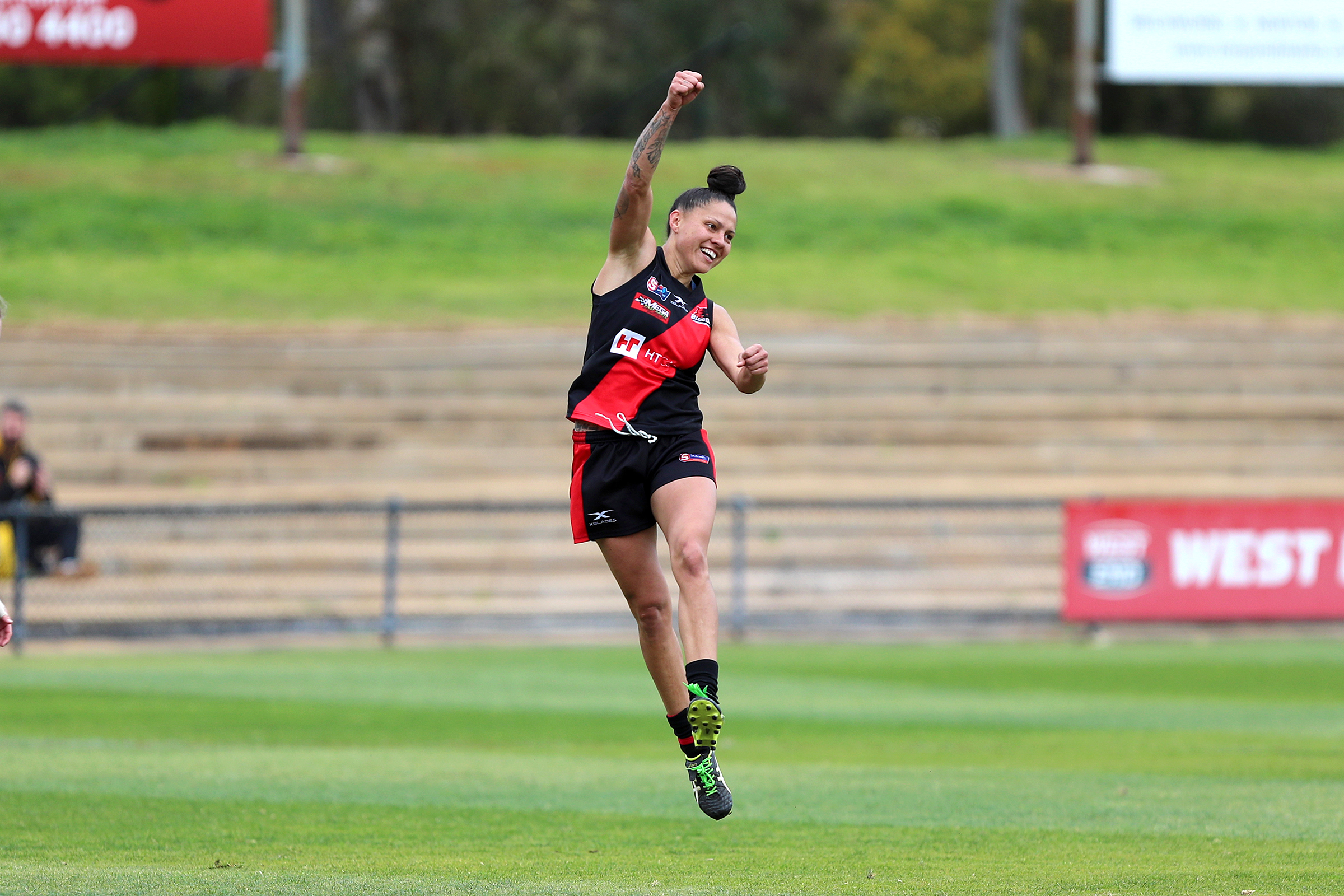 West Adelaide powered its way through to the SANFLW Preliminary Final with a 43-point blitz against Norwood in the First Semi-Final at Thebarton Oval.

Slamming five goals on the board before Norwood could register its first major, the Bloods looked comfortable throughout the contest en route to setting up a clash with South next weekend.

Joint vice-captains Rachelle Martin and Abbie Ballard did plenty of damage through the midfield and in attack for Mark Moody’s side while experienced Crow Stevie-Lee Thompson caused the Redlegs plenty of headaches with her three goals from 14 disposals.

Chelsea Biddell and Nicole Hooper got things moving early for West by nailing their two set shots in the opening term, giving West a handy 11-point lead at the first change.

Biddell scored her second to be the only goal scorer in the second stanza before Martin – who racked up a game-high 25 disposals, 10 tackles and six clearances – kicked her set shot from 15m.

Once Ballard – who tallied 12 disposals and eight tackles – crumbed beautifully front and centre before snapping truly from 30m on her left foot, the Bloods had opened up a match-defining 33-point lead.

Impressive Norwood youngster Matilda Zander booted her team’s first goal of the game in the 10th minute of the third term when she calmly slotted through a 20m set shot from a tight angle.

But there would be only one more goal for the Redlegs, courtesy of an Alana Lishmund set shot from 30m in the second minute of the fourth term.

While it trimmed the margin to 31 points, it only seemed to spark the Bloods back into action as Thompson produced more entertainment before the final siren.

The Northern Territorian booted a 35m set shot for her second goal in reply but it was her third which rivaled Ballard’s finish for Goal of the Match.

Hooper, who was influential with her two goals, soccered forward into Thompson’s path, the speedy forward used her pace to get to the ball first, bust through a tackle and slam the ball through for a goal from 15m.

It was time to celebrate for the Bloods, who enjoyed their first SANFLW final and kept their season alive while ending Norwood’s 2020 campaign.

The Redlegs were well served by the in-form Najwa Allen who collected 21 disposals, six tackles and six inside 50s while Rhiannon Busch had a strong game in defence with 16 disposals, three clearances and five rebound 50s.

Improving Jessica Macolino was another Redleg who could hold her head high after finishing with 11 disposals, four tackles and four clearances.