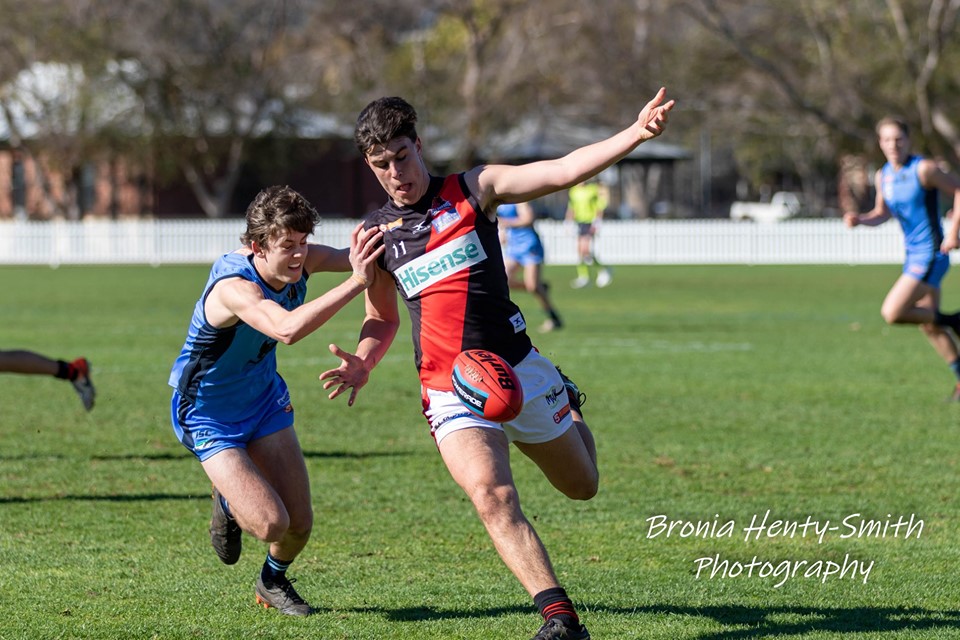 For the fourth time this season we faced Sturt at Unley. The past month had seen us play some good football and the boys were keen to keep that momentum going against a side that is always dangerous. On Friday night I thought we were going in to this match with an unchanged side from the previous week… that was until I got a call from Gavin Colville – Bailey Chamberlain and Jack Kelsh were called up to make their reserves debut. Congratulations to those two men on the opportunity and it allowed Matthew Iuliano and Liam O’Connor-Dawkins to come in to our side.

Last week against North our first quarter was impressive and again a fast start was a focus for us. We won the toss which allowed us to kick with a strong breeze and we were able to kick 4 goals in the first 7 minutes of the game. Harri Bailye was impressive up forward taking some strong marks, whilst our midfield were on top at stoppages. We took a 31 point lead in to the quarter-time break but knew Sturt would come at us in the second quarter.

Come at us they did, we are just lucky they didn’t kick straight (1.8 for the term). Our defence held up and repelled numerous entries but we fell down across half-way and couldn’t get the ball in to our forward line. At half-time the margin was 24 points but it felt a lot closer than that.

In the third quarter we managed to score a couple more goals with the wind and early in the last quarter we held a strong lead of nearly 9 goals. Our last quarter was disappointing – we didn’t play the conditions overly well and were once again fortunate that Sturt didn’t make the most of their chances. Certainly some learning points for us from this game as we look to improve each week.

The final margin of 19 points is probably a fair reflection on the way the game was played. Whilst we got out to a lead of 51 points in the last quarter, Sturt missed a lot of shots on goal throughout the game and deserved to be closer. Mac Nield was best for us whilst our defence were led well by Harvey Bock, Aryan Sareen and Kane Sherlock – who played his best game for the club. Jason Westley and Joel Groom were strong all day in the midfield and Beau Nunan was again prominent with 3 goals.

This week we play our final home match of the year against Central District. The match is after the league game on Saturday. It would be great to see as many people as possible stay to watch. With college football returning and some players playing senior football this game will be a good opportunity to watch some players who didn’t play in our previous triple-header.