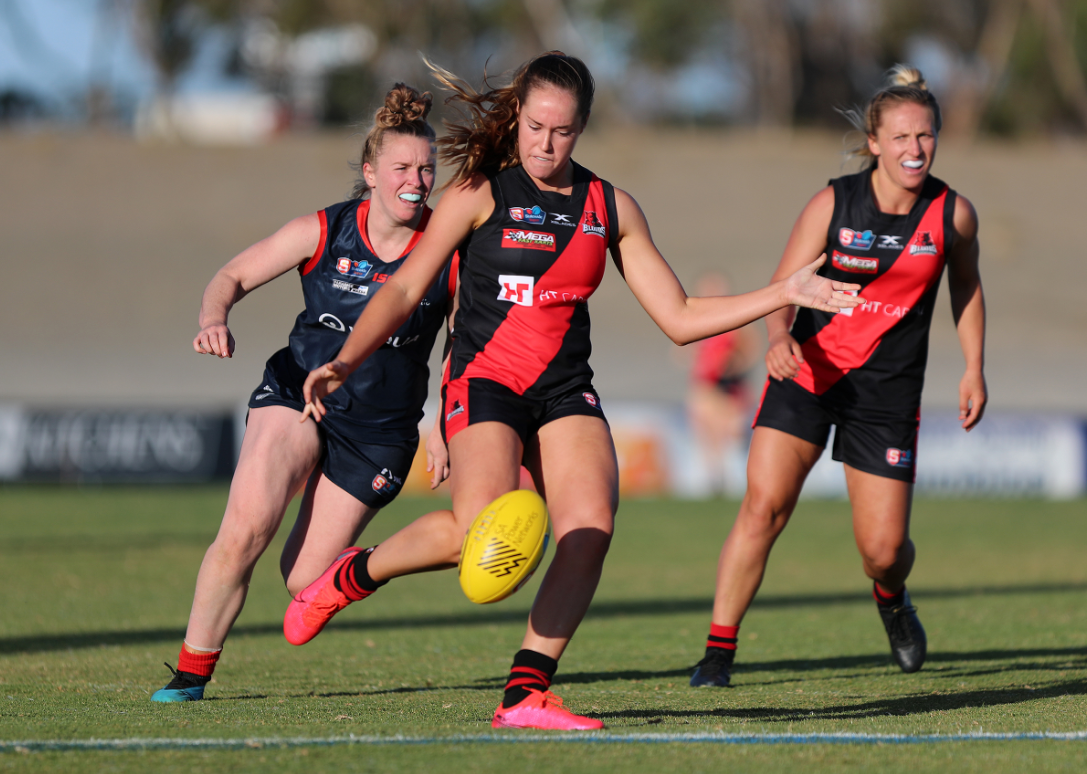 West Adelaide is itching to cement itself in the top four when it resumes against the Eagles in Round 5 of the Statewide Super Women’s League on Sunday.

Currently sitting in third place on the ladder, the Bloods have been forced to sweat on a disappointing draw against Norwood in Round 4 before the Covid-19 shutdown period.

Speaking on SANFL Radio, West coach Mark Moody said he was excited to have homegrown trio Rachelle Martin, Chelsea Biddell and Madison Newman made available by the Crows’ AFLW team for the rest of the season.

But the massive boost for the Bloods is the inclusion of dual AFLW premiership player Stevie-Lee Thompson, who is set to make her debut in the competition.

Moody worked with Thompson during his time as an assistant with the Crows’ AFLW team and is eager to use the 28-year-old in attack as well as giving the All-Australian the chance to pinch-hit in the centre square.

The Bloods regained some match fitness with an internal trial last weekend, with the coach impressed by young defender Niamh Davis and Kasia Culhane while ball magnet Abbie Ballard ”had plenty of the ball.”

West will host the Eagles at Hisense Stadium this Sunday from 11.50am before tackling Sturt at Richmond in Round 6 on Sunday July 5 from 11.50am.