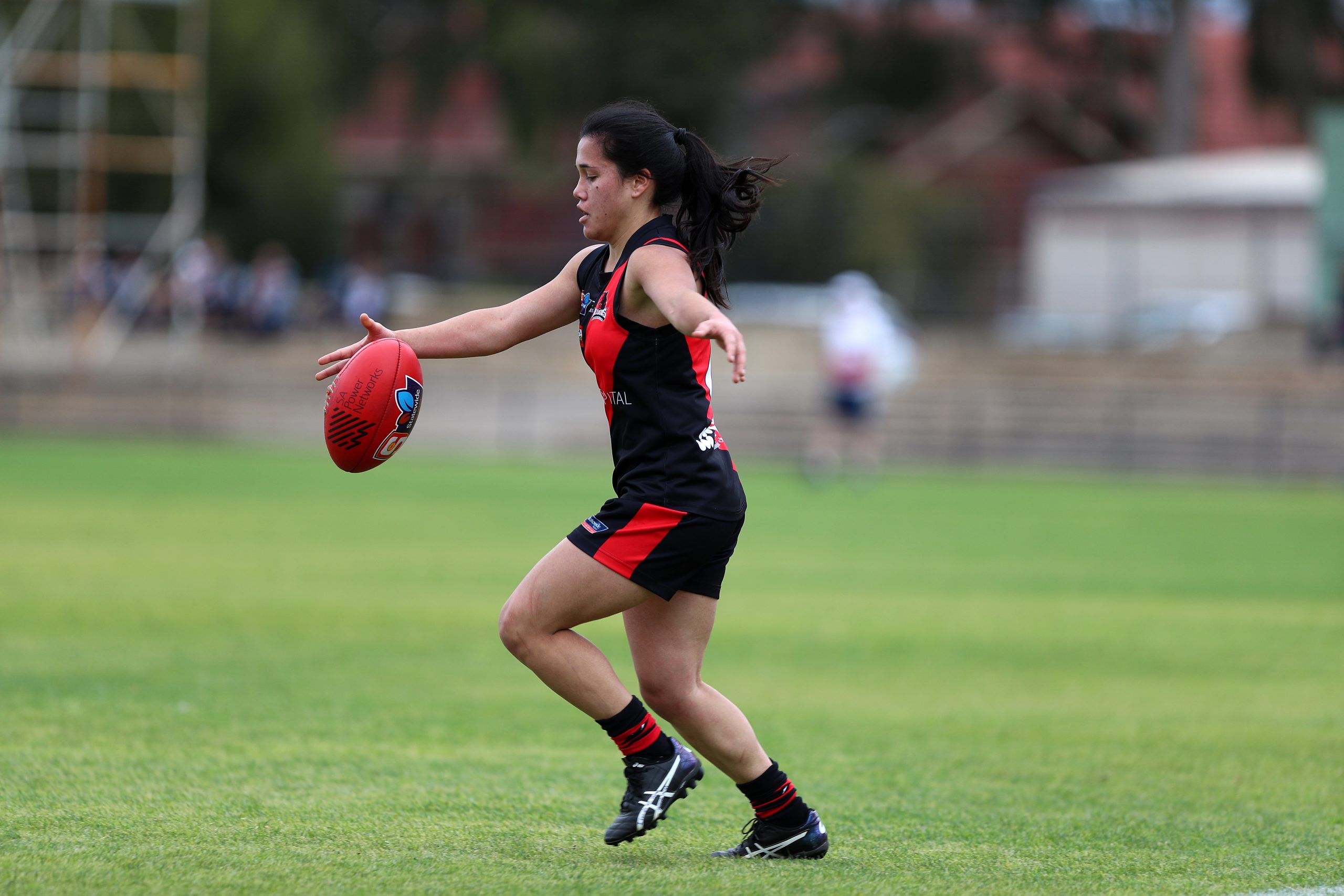 West Adelaide’s Rachelle Martin has enhanced her reputation as one of the stars of the Statewide Super Women’s League after being crowned the 2020 SANFLW Best and Fairest player.

Two years after being pipped for the prestigious award by older sister Hannah, Rachelle Martin was fittingly recognised as the competition’s best with a haul of 15 votes.

The 21-year-old had to hold off North Adelaide star Anne Hatchard, who polled 12 votes from her five minor round appearances once her AFLW campaign ended with the Crows.

Martin’s consistency was illustrated in her polling votes in all but three of her 10 appearances, attracting best afield honours in Round 5 and Round 9.

Heading into Round 10, Martin held a three vote lead on the fast-finishing Hatchard, which she maintained once this year’s Crows Club Champion was rested from the final minor round match with foot soreness.

Earning top honours capped a tremendous campaign for the Bloods’ vice-captain, who also shared the SANFLW Coaches Award with Hatchard.

After also making her AFLW debut with the Crows earlier in the year, Martin was also named as captain of The Advertiser SANFLW Team of the Year.

The Bloods’ ball magnet – who has now played 26 SANFLW matches – was instrumental in guiding her team into its maiden finals berth and securing its first finals victory against Norwood in this year’s First Semi-Final.

After finishing top two in the SANFLW Best and Fairest Award, the pair couldn’t be split after attracting the attention of the eight Statewide Super Women’s League coaches throughout the minor round.

Emerging Sturt ruck Zoe Prowse, selected in The Advertiser SANFLW Team of the Year, was runner-up with 44 votes.

North’s Ashleigh Woodland and South’s Teah Charlton – preparing to go head-to-head in Sunday’s SANFLW Grand Final – were the next two on the leaderboard with 35 and 33 votes respectively.

Won previously by Courtney Gum (Glenelg) in 2017, Jess Foley (Sturt) in 2018 and Najwa Allen (Norwood) in 2019, the Coaches Award involves each SANFLW coach awarding votes on a 5-4-3-2-1 basis at the conclusion of each minor round game.