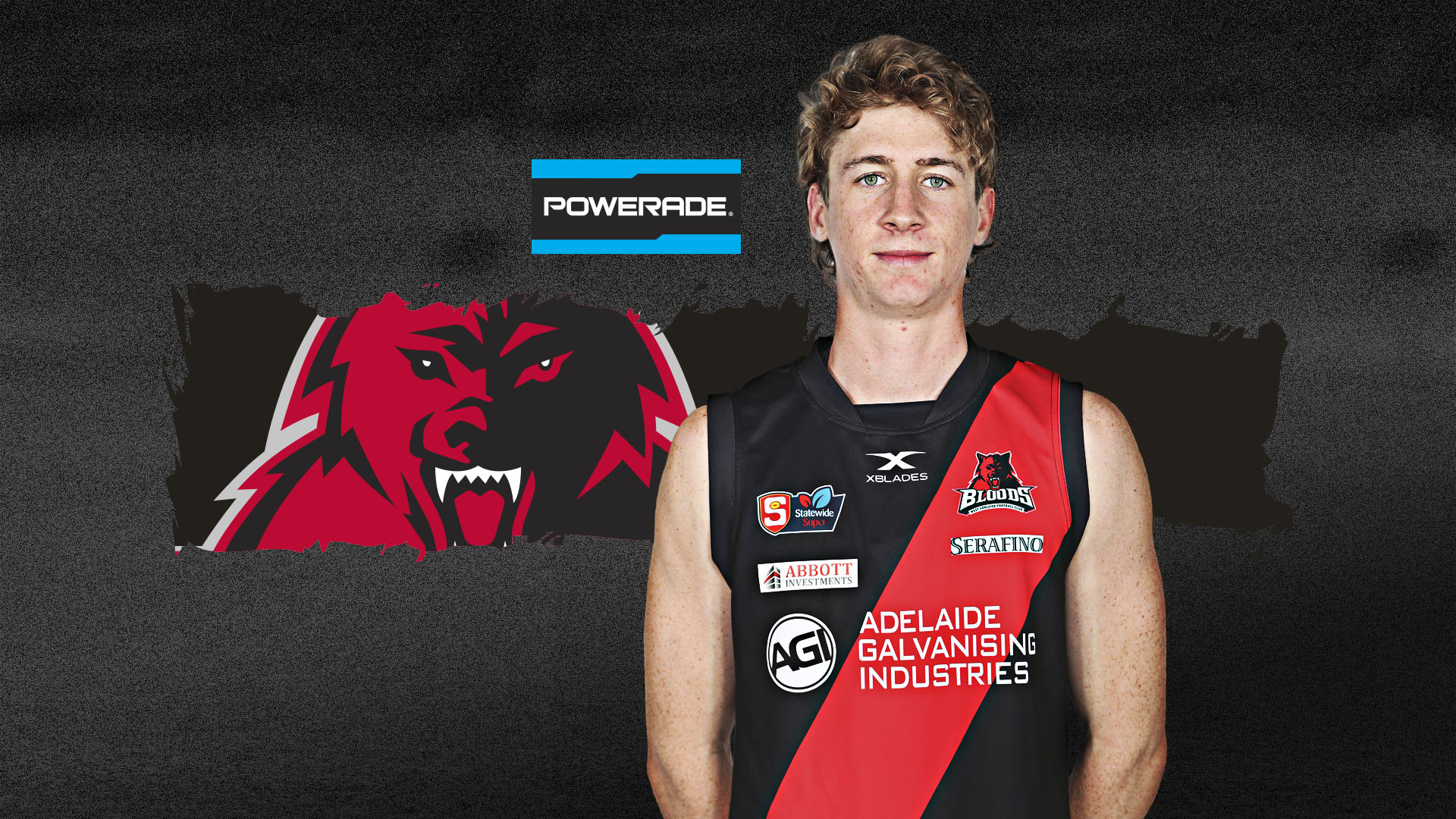 9 months ago
Sponsored by Powerade

But there’s one player in particular who has caught the coach’s eye during preseason training – Keelan Laube.

The Goodwood Saints product made his Statewide Super League debut in 2018 before adding a further five League matches to his tally last season.

And it’s fair to say the 20-year-old is high on the radar of coach Colville.

”Keelan Laube has been around the mark for a few years now,” Colville noted during a preseason interview on SANFL Radio.

”I expect he will take the next step.”

Measuring in at a versatile 185cm and 75kg, Laube can play multiple roles for the Bloods including as a rebounding defender.

At his height, he is able to defend both the tall and small opposition forwards which is the upside Colville is looking toward from Laube and his fellow inexperienced teammates at Hisense Stadium.

”Our Reserves in the first half of last year were really solid,” Colville said.

”We were fortunate in the second half of last year we were able to play half-a-dozen of our younger guys in the League team such as Sam May, Pat Fairlie and Connor Fairlie.

”We have a number of 19-20-year-olds who should push to play regular League football.”

To be eligible for the Powerade Breakthrough Player award, a player must be aged 23 or under at the start of the year and have played 10 League games or less.

''Keelan Laube has been around the mark for a few years. I expect he will take the next step.''