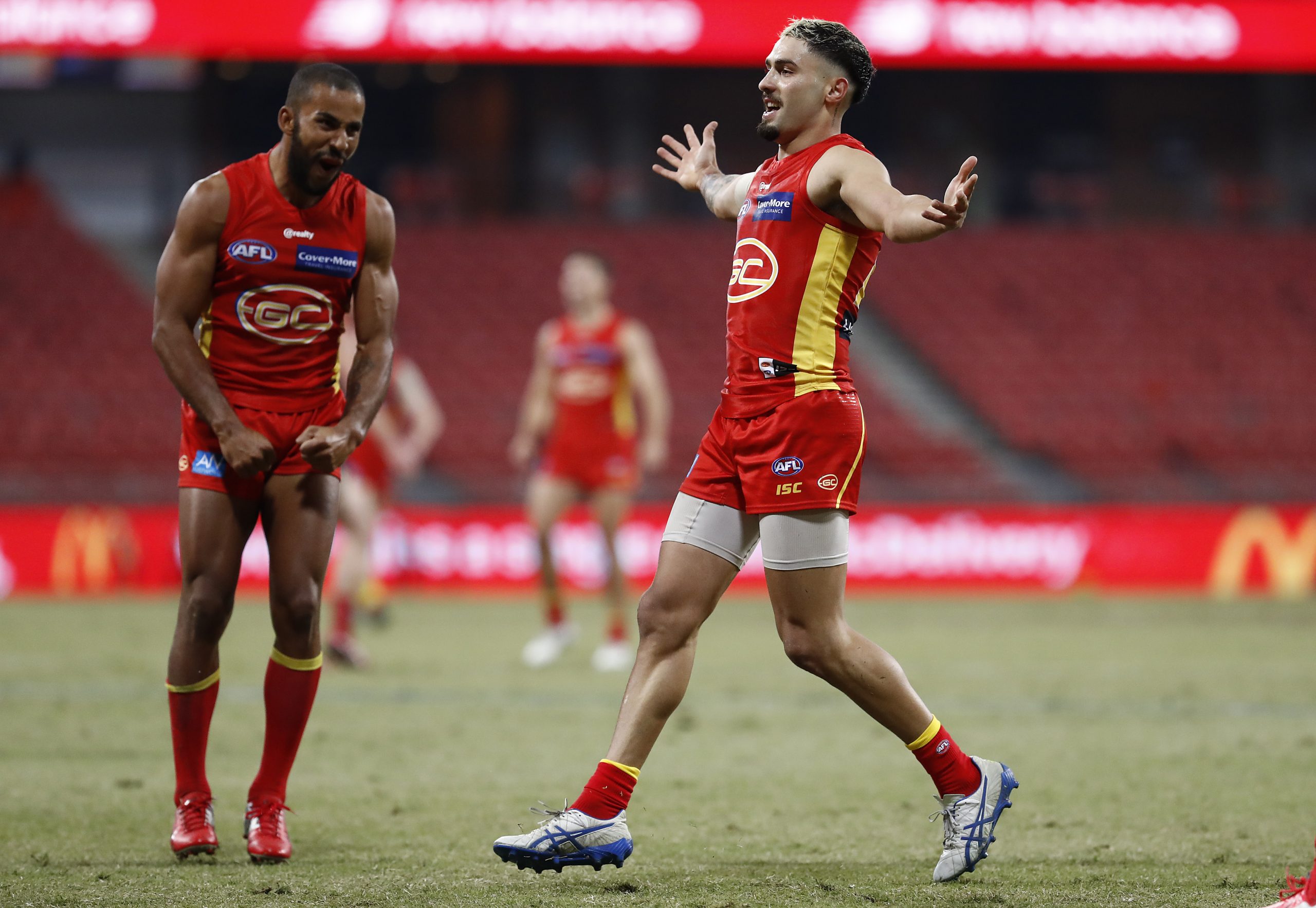 Izak Rankine’s Star on the Rise

West Adelaide draftee Izak Rankine ensured his AFL debut was well worth the wait after being awarded the Round 6 AFL Rising Star nomination.

After being restricted by a series of hamstring strains last year, Rankine took centre stage for the first time on Saturday night with the Gold Coast Suns.

And the 20-year-old – who was one of five Croweaters to play their first AFL game in Round 6 – certainly didn’t disappoint.

”It’s pretty surreal,” said Rankine, who made his SANFL debut with the Bloods aged just 16 in 2016.

”Knowing that all of the hard work has finally paid off to play my first game. To be announced as the Rising Star is just the cherry on top I think.”

In one of the most memorable individual performances, Rankine lit up Metricon Stadium with three classy goals against the Demons.

The first, which came with his first kick in AFL company, caught everyone by surprise as he snapped truly 12 minutes into the opening quarter.

”I got over there and the ball just ended up in my hands. I saw one of them (Melbourne players) was about to grab it so I bounced it away from him. I knew where the goals were so as soon as I got the ball I was going to snap it.”

The No.3 draft pick was equally freakish when he scored his second major midway through the third quarter.

”Kingy (Suns teammate Ben King) had the ball and it fell out the back,” said Rankine, who played 23 League games and booted 33 goals for West Adelaide from 2016 to 2018.

”My eyes lit up and I pretty much just tapped it forward, tried to grab it but couldn’t get hold of it, and then at the last minute I wanted to go grab it but I saw Maysie (Melbourne’s Steven May) on the other side.

”I decided not to grab it because he would have tackled me so I just kicked it out of the air.”

But the Flinders Park product wasn’t done there. He showed off his exceptional anticipation to nail his third goal early in the fourth term.

”I saw Gawny’s (Melbourne ruckman Max Gawn) eyes as he looked at one of the other (Melbourne) boys,” said Rankine, a dual All-Australian with the Torrens University SA U18 team.

”He was about to tap it down his (teammate’s) throat but I just got in front, intercepted it and rolled it through.”

Rankine finished with 12 disposals, one mark and three tackles to go with his 3.3 against the Demons but after managing just three NEAFL games last year, he knows his challenge is to start stringing together consistent performances.

”I need to prepare the best I can to make sure I keep playing some consistent footy and get a few games under my belt,” he said.

”And then my footy will do the talking from there.”