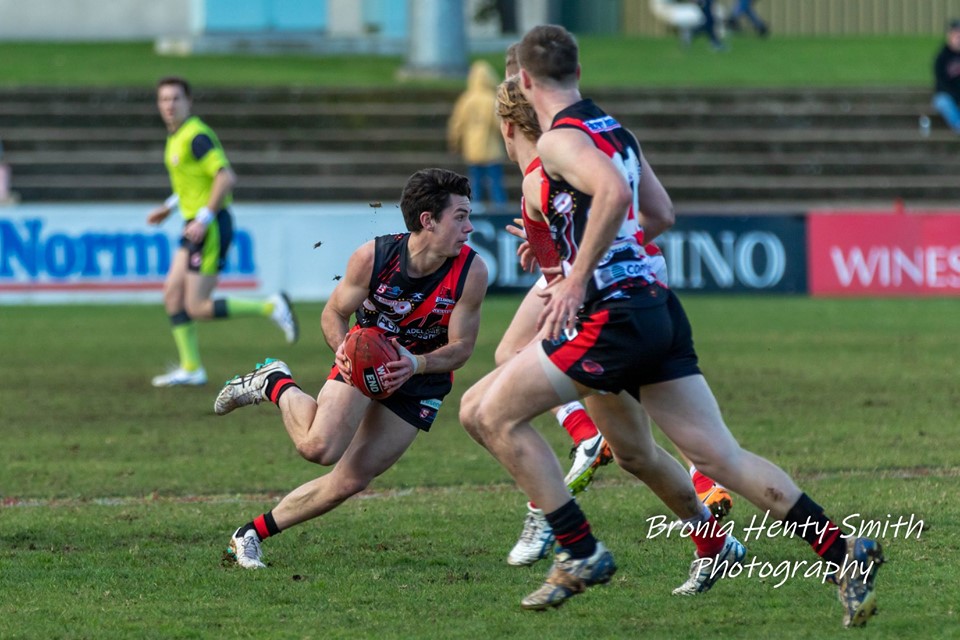 Hugh Haysman will play his 50th league game for West Adelaide this Sunday against Sturt.
Originally from the Unley Jets, Hugh Haysman has been a part of our football program since the under 14s Elite Development Program. He continued on with under 15s before making it into our under 16 team.

Hugh was a part of our under 18 Premiership side under Jarrod Meers alongside current league players Jack Agostino and Brett Turner.
In 2015, Hugh was elevated to the senior side as an 18 year old where he made his league debut and was a part of the 2015 Premiership.
Unfortunately Hugh suffered a badly broken wrist along with a hamstring injury, Hugh was sidelined for almost two years with fears he wouldn’t play league football again.

Hugh has two brothers currently in our football program and his father’s business ‘Haysman Financial Services’ sponsors our senior program.
We congratulate Hugh on his 50th league game for West Adelaide Football Club