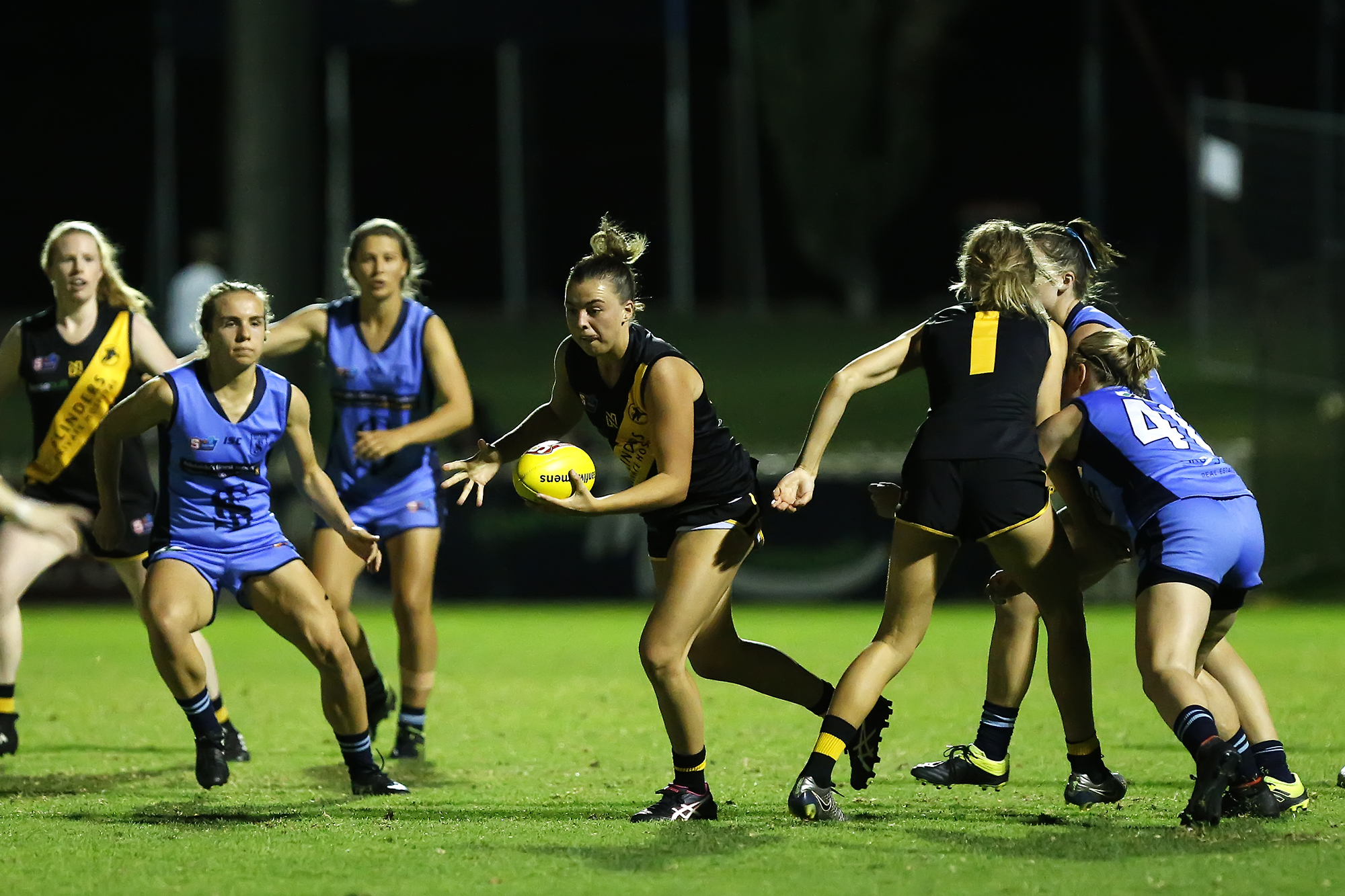 The SANFL Statewide Super Women’s League is set for a major boost with a host of Adelaide’s AFLW stars to play in the second half of the season.

With Round 5 of the competition scheduled for resumption on the weekend of June 26-27, SANFLW clubs are preparing to roll out the welcome mat for players such as All-Australian Ebony Marinoff and this year’s Crows AFLW Club Champion Anne Hatchard.

”Having such highly-credentialed AFLW players included is a significant positive for the SANFLW competition on several fronts,” Duldig said.

”Not only will they continue to lift the standard of competition, their presence provides their teammates and opponents with a high level of aspiration in the heat of battle.

”It will also be exciting for budding young female footballers to see their Crows AFLW heroes don the colours of their favourite SANFLW teams for the remainder of the 2020 season.”

All of the players listed below will be released by the Crows AFLW team once cleared to play by the club’s medical staff.

Marinoff, who lined up with Glenelg late last season, is one of four potential inclusions for the Tigers with Eloise Jones and Deni Varnhagen while Caitlin Gould has already shown what she can produce after a stunning four-goal performance against Central in Round 3.

Undefeated North Adelaide will be strengthened by the inclusion of Hatchard, who most recently played in the SANFLW under Roosters coach Krissie Steen with South Adelaide in 2018.

Norwood can welcome back 2019 SANFLW best-and-fairest Najwa Allen after her first season at AFLW level while Central will benefit from the versatility of tall utility Sarah Allan.

South Adelaide may have to wait for Montana McKinnon to overcome a foot injury while Nikki Gore, Nicole Campbell and Czenya Cavouras will all have an impact for the Panthers’ premiership defence.

West Adelaide will have access to its home-grown talent of Rachelle Martin, Chelsea Biddell and Maddie Newman while Northern Territorian Stevie-Lee Thompson is set to make her SANFLW debut with the Bloods.

Crows Irish recruit Ailish Considine will also don the red and black if she is able to return from Ireland.

Experienced Crows AFLW midfielder Renee Forth is aligned with Woodville-West Torrens and could provide a steadying presence to the Eagles’ young line-up.

AFLW-listed players from clubs outside of the Crows, such as Hannah Munyard (South Adelaide/Western Bulldogs) and Lucy Bellinger (Glenelg/Brisbane), are also permitted to play pending release from their AFLW club.

All AFLW-listed players will be eligible to participate in SANFLW finals provided they meet the eligibility criteria of playing a minimum of two minor round matches.