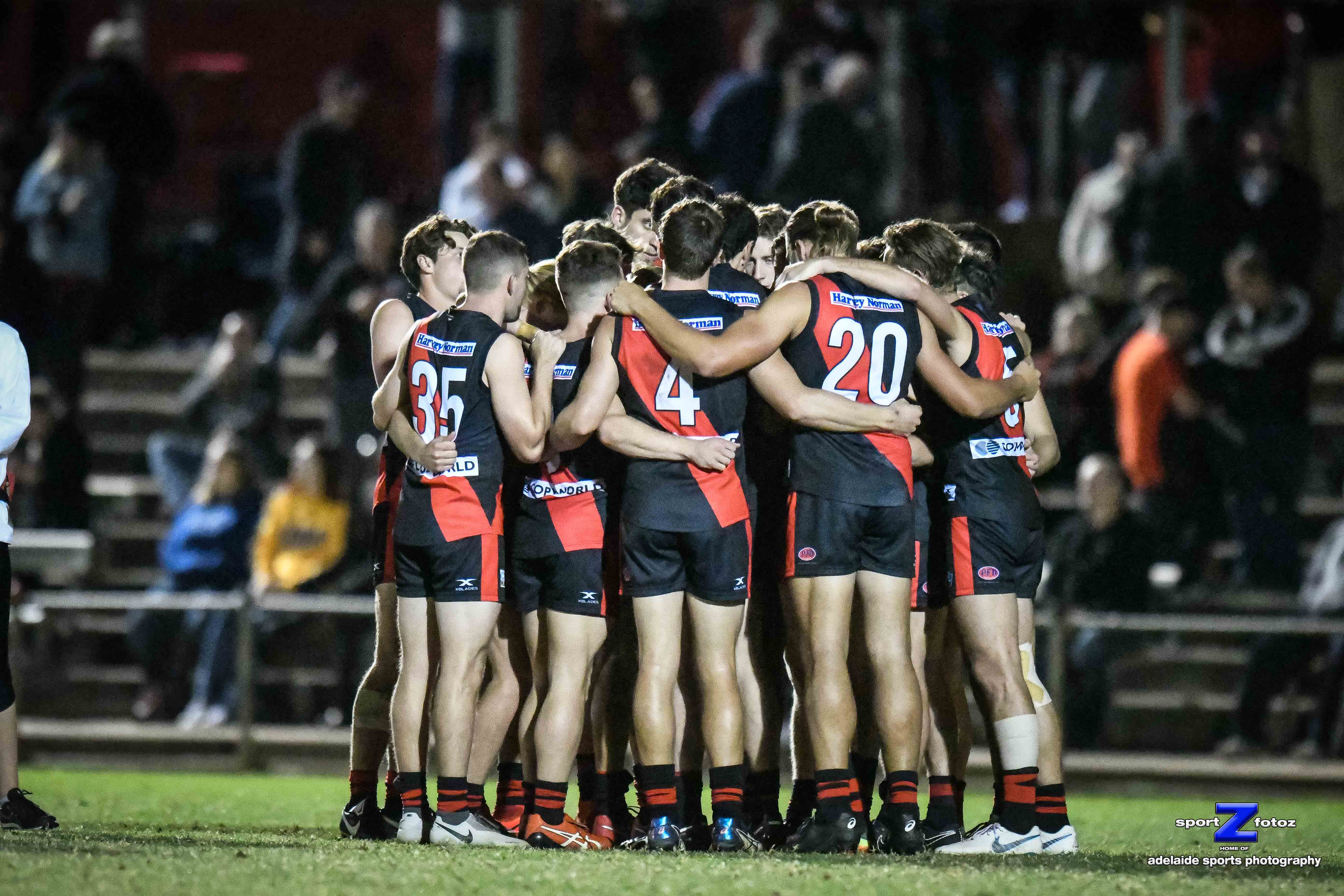 After registering our first win against the Eagles, the players were challenged to maintain their work rate and contested ball in this week’s match against Glenelg. Our first quarter was very good and we were able to have the game played on our terms. Particularly, our pressure on the ball carrier forced the opposition to turn the ball over when exited their back 50m and we were very good at lowering our eyes and hitting the lead up player on the counterpunch.

We were also well on top at restarts, in particular the centre bounce. I did however feel that our locating of a man in defensive transition was a little slow. The second term was much more even. Our work rate was still very good and we continued to compete hard at stoppages, however we were punished for a couple of skill errors in back 50m. I also felt we allowed the opposition to find marked balls from back 50m exits on too many occasions. We went into half time with a 16 point lead which I felt was a fair representation of the game.

Again the arm wrestled continued in the 3rd term with both teams failing to make the most of the chances in front of goal. Our biggest concern however was our ball movement which had become too predictable. In short, we needed to work harder offensively to create more passing options and be a little more brave with our kicking. Leading by 14 points going in to the last quarter, we needed to at the very least, maintain our contested ball and work rate. I thought our defensive mindset at restarts remained however our composure didn’t.

The last quarter was riddled with fumbles, players losing their feet and not sticking to structures. On occasion when we ventured forward, we were poor with our skills. Our discussion post-game focussed on the concerning trend of last quarter fade outs. Quite simply, the football we are playing in early parts of matches is far superior to what we are producing late in the game. We will continue to look at addressing this issue and ascertain how much is due to fitness, mental toughness, concentration and or our game plan. Currently, I feel it is a mixture of each. Far too many players failed to play four quarters of consistent football, highlighted by a total dominance in possessions by Glenelg in the last quarter. I did however feel that Murray Waite continued to provide run all night and won many important contested balls. Josh Ryan was reliable in defence all night again and Will Snelling was a strong contributor through the midfield.