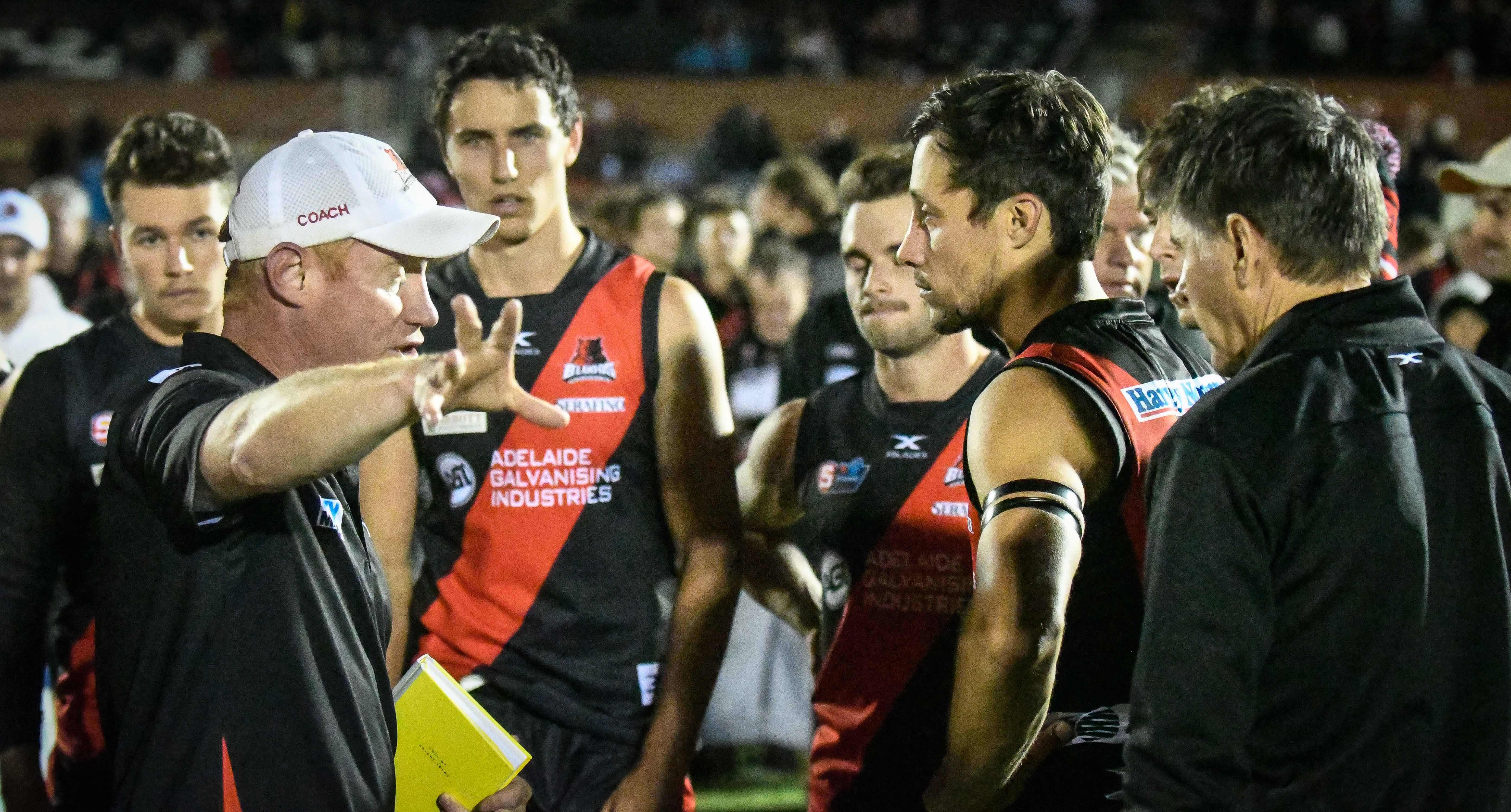 We ventured to Elizabeth Oval on Saturday searching for our first win and full of expectation having shown some positive signs in the previous two rounds. I thought we started the game with required intensity however we missed some crucial kicks in our b50m which could have proven costly. For most of the quarter the ball movement was very sound and created some good 1v1 contests in f50m. Importantly, our pressure at the ball carrier in f50m enabled us to keep the ball in the forward half for extended periods of the quarter.

We took an 8 point lead into quarter time. We started the second term well and were in control of the contested ball. We made some poor choices when entering f50m, looking to kick long goals rather than hit up the forwards, this was costly as the momentum slowly turned. I thought we became a little two conservative with our ball movement and didn’t take the opportunities to move the ball quickly through the corridor. This led to some shallow f50 entries or turnovers at half forward. The opposition found space on the rebound and hit the scoreboard. Still an even game at half-time with Central leading by two points.

Our 3rd quarter was poor. I was disappointed with our lack of effort to chase the opposition and our forwards were poor at playing their role in defensive structures. We overused the ball by hand and wasted opportunities in f50 with three dropped marks. Given the closeness of the game and the importance of a win, I was bitterly disappointed with this output. Fortunately, our defence had remained diligent in their positioning and 1v1 contests, limiting the score to a 14 point deficit at 3 quarter time. By the last quarter the game had changed into a slower, contested game, dominated by restarts and numbers behind the ball. We competed well at stoppages and got the ball moving quicker, however we continued to be poor at applying defensive pressure without the ball. Far too many broken tackles and lack of genuine intent to chase an opponent in transition. Despite some positive offensive movement through the mid ground we again couldn’t take opportunities presented inside 50 and failed to close the gap on the scoreboard. Central ran our winners by 20 points.

Our inability or unwillingness to outwork the opposition in transition, either offensively or defensively was significant. The group need to take ownership of this. Given our current position, this cannot happen again. We also need to become stronger at the contest. We missed far too many tackles and were inconsistent with our one take. In our effort to improve our structures, we have perhaps neglected some of the basics of the game; tough contested ball wins more than it loses. We will look to address this in the coming weeks. I thought Josh Ryan again excelled in his defensive role. Rarely beaten and two courageous 3rd man up efforts led the way and provided an example for others to reach. Similarly, Logan Hill was resilient in defence. Tom Keough was influential in multiple roles and Kaine Stevens again provided the group with plenty of offensive drive.

We now sit 0-3 which is not what we all wanted to be after three games. Well fell short in some areas of the game that are within our control this week, namely our work rate and attack on the ball and opposition.  We will rectify that this week and continue to work on our ball movement. Stick with us, we are doing everything possible to see improved output on match day.