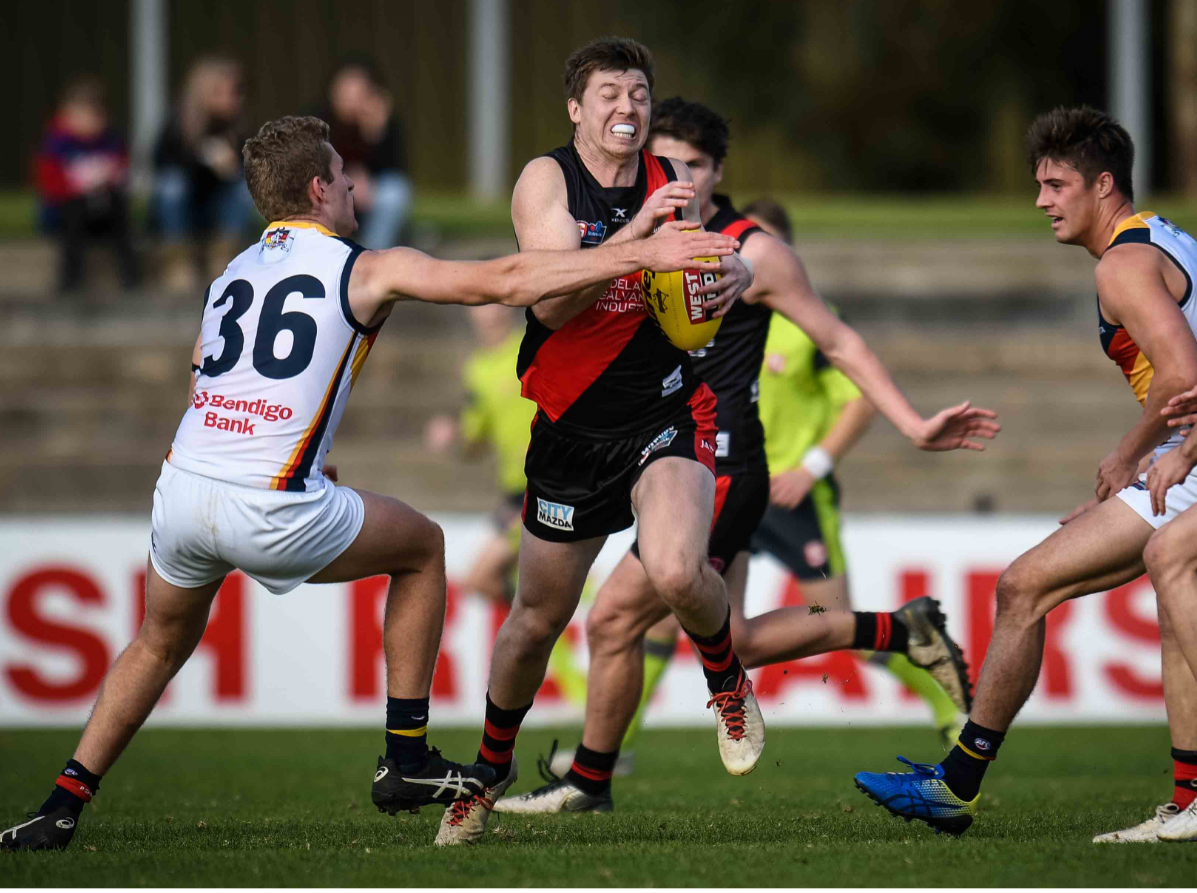 It would have been easy for Nathan Batley to walk away from playing SANFL at the end of 2016.

After making his Statewide Super League debut for Woodville-West Torrens in Round 6 of 2011, he found himself playing just two League games for the Eagles in 2016.

Having managed 50 League games at Oval Avenue in six seasons, Batley could have ventured back to his junior club Henley or into Community Football.

Instead, the 27-year-old moved to West Adelaide where he has since flourished on the wing in racking up 49 games in half the time en route to a 100-game milestone for the Bloods in Round 1.

Speaking on SANFL Radio, Batley said he always felt he had more to offer at League level, hence his move to Hisense Stadium where he is playing a nurturing role at Richmond.

An accomplished junior sprinter, Batley thrived on his involvement in athletics to the point he also competed in the famous Bay Sheffield foot race at Colley Reserve, Glenelg.

This natural speed has held Batley in good stead for his customary role outside the centre square, where he looks to run and carry before delivering with precision inside attacking 50m.

And there will be no better stage for him to do so than the Adelaide Oval on Sunday, where he will celebrate his milestone in front of family and friends against North Adelaide from 12pm.