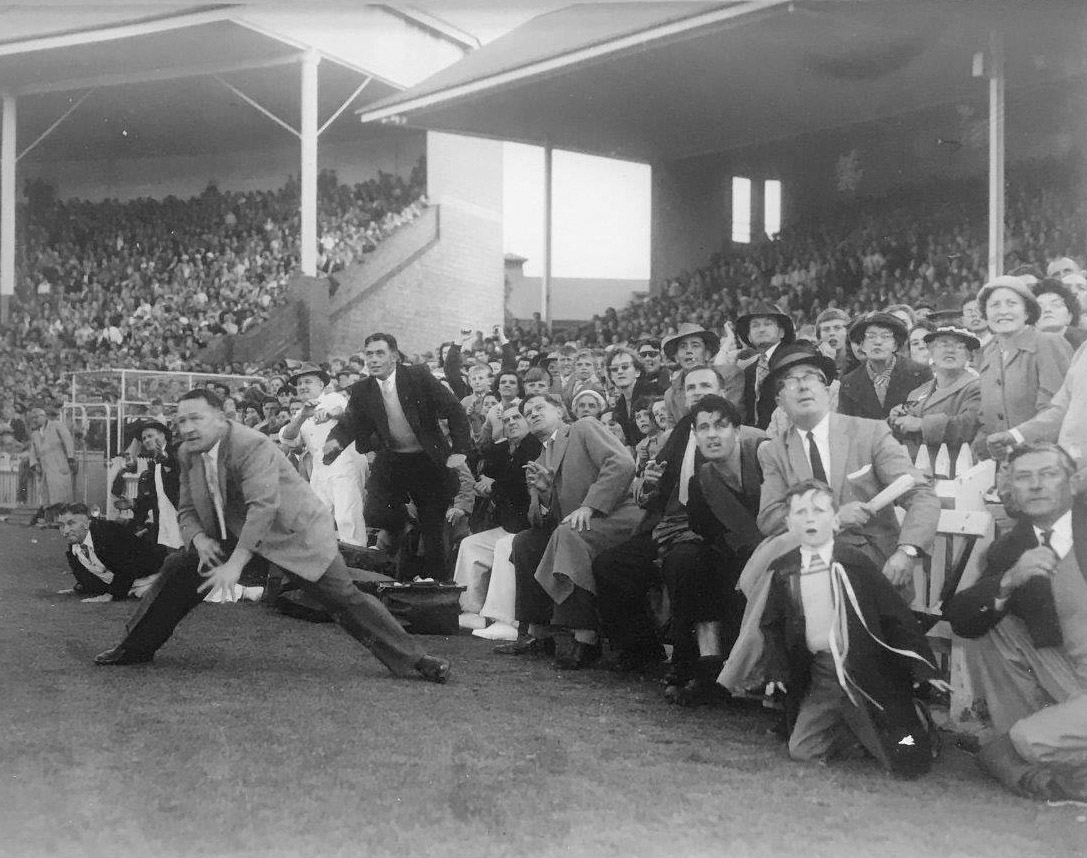 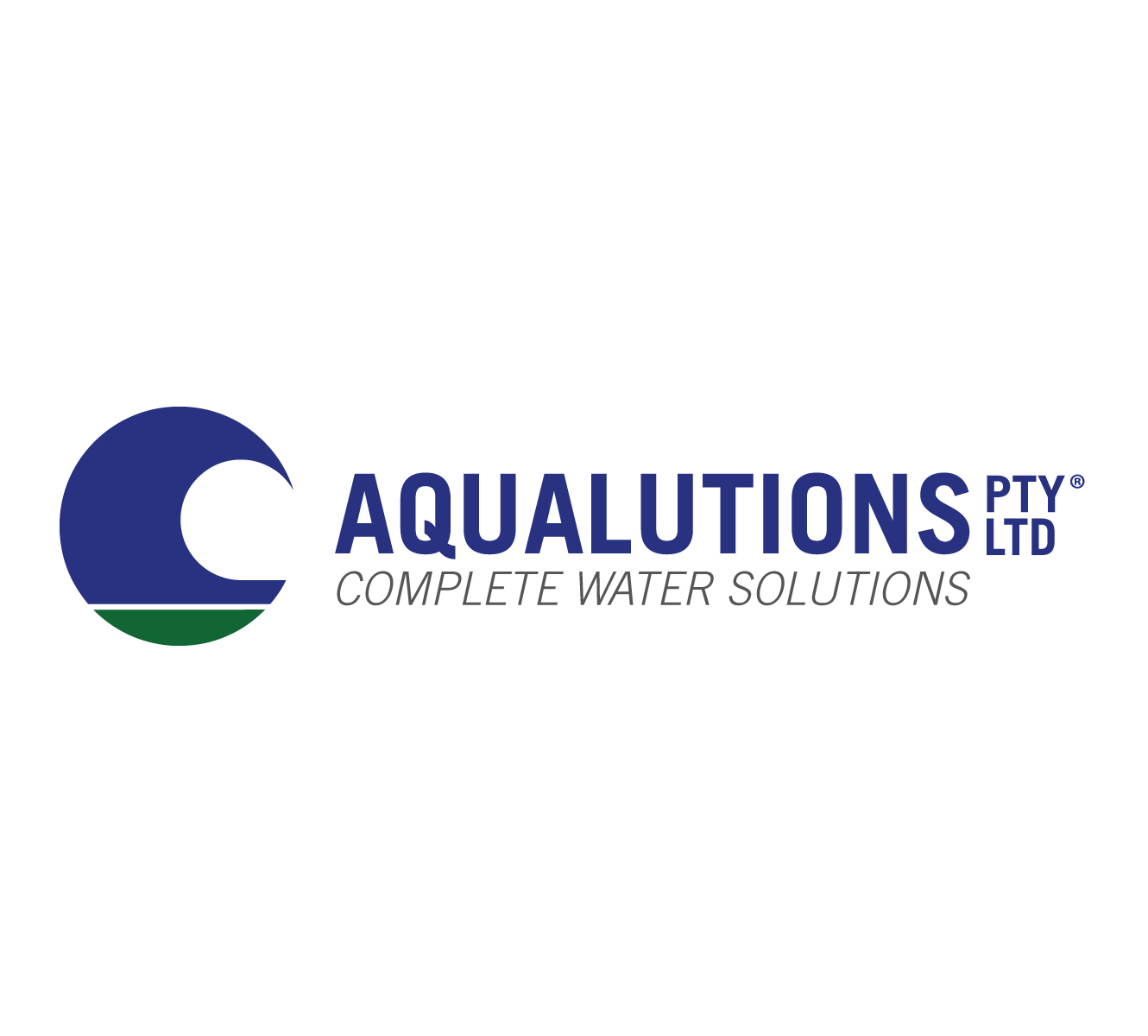 Mystery still surrounds the ending of the 1958 SANFL Grand Final.

Legend has it that with 90 seconds left in the contest, West Adelaide ruckman Jack Richardson hit the top of a goal post at the northern end of Adelaide Oval.

Had his shot on goal sailed through, the Bloods would have defeated arch-rival Port Adelaide in Fos Williams’ last game as a player for the Magpies.

Instead, the master mentor was chaired off the ground by the black-and-white army amid jubilant scenes as his side capped off a remarkable comeback to win by two points.

For many years, debate raged about whether Port’s Ted Whelan pushed the ball onto the goalpost.

Regardless, the offending goalpost felt the full frustration of the boys in red and black later that night as a handful of Neil Kerley’s men returned to Adelaide Oval with a blunt axe.

A portion of the goalpost still resides in West Adelaide’s clubrooms as a reminder of the titanic battle lost.

While there is no vision of Richardson’s famous poster, there is evidence in the clip below that perhaps the Bloods were also hard done by with a decision made by umpire Laurie Sweeney not to award a mark near the goalline.

With less than 30 seconds left in the title-decider, West’s Colin Brown takes a chest mark directly in front of goal.

His set shot falls short but appears to be claimed as a mark by an unidentified Bloods player amid a huge pack of players.

However, umpire Sweeney deems it not to be a mark and calls for another ball-up before the ball is cleared to the members wing for the final siren to sound.

But if it weren’t for a couple of late-game Port-inflicted Bloods injuries, a possible fingertip deflection and the untimely interference of the SANFL’s most infamous goalpost, the tale could have been different.

“They were very hard to beat in those days, especially in grand finals,” West legend Neil Kerley said.

Up and about and now with a new home base at Richmond, the Bloods finished two games clear of the Magpies on the ladder, enjoyed a 3-0 head-to-head record between the two teams heading into the decider and looked in better touch during the finals.

But the inclusion of Port spearhead Rex Johns for the grand final – he missed the Magpies’ three previous defeats to West – made a difference.

“Rexy was one of our greatest full-forwards,” Magpies champion Geof Motley said of Johns, the league’s top goalkicker in 1958 and arguably the SANFL’s premier spearhead in the generation that divided the Ken Farmer/Colin Churchett and Fred Phillis/Tim Evans eras.

“He gave away more goals to teammates than he kicked.”

“A dropkick and a fluke,” was the modest description by Kerley himself, whose 41 goals in 1958 ranked him fourth in the competition.

“Jack Oatey decided me to play full-forward for six games and I was kicking them from everywhere.”

Johns duly snapped his third early in the second but the quarter belonged to the Bloods who used their superior pace to burn the bigger-bodied Magpies.

West got on a roll, even hitting the scoreboard unintentionally at one point when Ken Eustice’s attempted goalsquare pass went over Kerley’s head for a major.

“I didn’t know whether to kick for goal or pass,” recalled Eustice, who was 19 and in his first league season.

“Kerls was calling for it but I just kicked it a bit too hard and over it went.

“I would have hated to have missed it.”

Johns’ one-handed mark and goal (his fourth) was a rare highlight for Port early in the third as three unanswered majors to West captain Colin Brown, McGregor and rookie Michael Wundke extended the Bloods’ advantage from 10 points at half-time to four goals.

But in trademark style, the Pies dug in and rallied as six-pointers to Obst, Lloyd Zucker and David Boyd sliced West’s three-quarter-time buffer back to 10 points.

“That won us numerous premierships over the years, especially under Foster.

“We were still thinking we were a chance because you only know who’s won the game when the siren rings.”

Williams, whose twin sons Mark and Anthony were born six weeks earlier, swung the changes – including moving Ted Whelan to centre half-back – and some Magpie players swung other things.

Max Hewitt – the grandfather of tennis great Lleyton Hewitt – and speedster Bertie Johnson were both injured at Port’s hands and sat out the fourth period, while Brown and Jim Wright were carrying injuries, which hindered West.

“About four of our players got knocked pretty hard, deliberately,” Eustice said.

“Whether you liked them (Port) or disliked them, they played that way.”

The Bloods didn’t help matters by temporarily resorting to a short-passing style which ultimately succumbed to the Maggies’ pressure.

Goals to Zucker – from a Williams pass – and Obst gave Port the lead before Motley marked and passed to Obst for a left-foot snapped goal (his fourth) to give Port more breathing space.

“Obst was a fairly thickset bloke whose endurance wasn’t great – he loved eating peanuts,” Motley said. “But he sure could play.”

West’s attempts to break through were thwarted by the likes of Neville Hayes, Whelan and athletic 18-year-old Ian Hannaford who pulled down several pivotal fourth-quarter marks on the last line, the Magpies resolute despite kicking against the breeze.

“The best anecdote came from my 100-year-old mother who’s still alive and still got all her marbles,” said Hannaford who retired after 1964 aged just 24 to embark on a successful career as an architect – he designed the original Rundle Mall – and didn’t see another live game of football until 1998.

“She reckons I won the game on my own. But you’d expect her to say that, wouldn’t you?

“I was the little whipper snapper playing in my first grand final and I absolutely loved it.

From a Kerley handpass, Wright belatedly converted West’s only final-quarter goal before the Bloods, famously, fired a couple of late salvos including football’s most talked about poster – ruckman Jack Richardson striking the woodwork at the Cathedral End with 90 seconds remaining and West down by three points.

There would be another chance when McGregor marked 45 yards out on an angle, with 47 seconds left.

“We thought it would be an easy one,” Eustice said.

“He was a beautiful kick. At training he’d never miss.”

But in completing the mark, McGregor was kicked twice in the head while being monstered by Port trio Whelan, Hayes and Alan Blagrove.

Groggy when he slowly arose, McGregor chipped a pass to Brown but the Bloods skipper, still limping after sustaining an ankle injury, didn’t make the distance with his subsequent 40-yard set shot.

A packed, desperate Port defence forced the ball away and Williams, fittingly in his farewell, booted the ball out of harm’s way with his match-high 25th kick as the siren rang, collecting his sixth flag as coach – to Oatey’s three at the time.

The Magpies celebrated into the night, club secretary Bob McLean describing the two-point triumph as “our finest hour”, while the West boys went to McGregor’s home – where they sought vengeance on that goalpost.

“I said ‘that so-and-so goalpost has got to go’,” recalled Kerley who was one of the gang-of-four fined five pound by club president Cliff Semmler for their actions that evening.

“I went to Ken’s woodheap, found the bluntest axe you’d ever seen and off we went.

“Wundke was a bank clerk and thought he could cut it down. Well, he may as well have cut chalk so I took over, cut the thing down and we went back to Ken’s.”

Some of the post’s remains were tossed into the barbecue while a good portion of it stands in the foyer of the West Adelaide Football Club today.

“Neil and I are mates and he tells a good story but he’s not always good at telling facts,” Motley said.

“The ball was touched by Ted Whelan before it hit the post.

“They claimed the post cost them the premiership which was rubbish.

“The central umpire identified it and said ‘touch, play on’ so it (hitting the post) was irrelevant – the decision was made before then.

“He was way off in the centre somewhere.”

Fingertips and posts aside, at the end of the day, six decades later, Motley can – and does – point to the scoreboard.

“It was a closely fought game, no question, as they always were between us,” he said.

“Kerls used to get upset with me about losing to us by only a few points.

“I say ‘no Kerls, it all went according to plan’.”